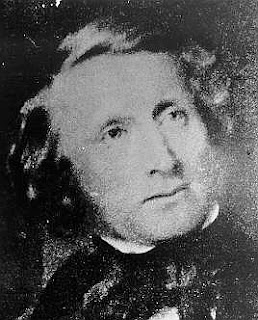 Alexander Parkes was a Birmingham inventor born in 1813 and credited with making the first man-made plastic. His ground breaking work paved the way for the manufacturing of plastic products.

Alexander Parkes was the son of a lock manufacturer who excelled at metallurgy and was respsonsible for numeruous inventions, the most famous of which include:


In total Parkes was awarded 66 patents of which most relate to metallurgy. It was his vulcanization process on cloth that was responsible for the Macintosh coat which became a household name and a product valued for its waterproof qualities.

Parkes most famous work involved plastics and it was his invention of Parkesine that would go on to revolutionise the world we live in. He started by experimenting in an effort to find a substance with properties that would copy ivory and horn.

Alexander Parkes formed a company to produce his new product but his business failed. Parkes was an inventor and not a businessman. Whilst he could see the benefit that his inventions would bring to the world he had difficulty turning them into a commercial enterprise.

It was left to the Hyatt Brothers in the USA to take plastics to the next level and final commercial viability through mixing camphor with nitrate cellulose to make it more pliable, thus was born the new age of plastics.

Alexander Parkes retired to London where he died in 1890.