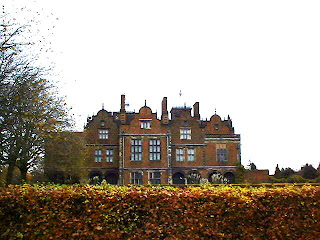 Aston Hall was built by Sir Thomas Holte in 1618. Well, it was started in 1618, and completed by 1635. One of England's greatest Jacobean Country Houses, much wealth would have been needed to build a house of this style and ornate character. The Holtes were well off and had the resources to undertake such a building project. Aston Hall remained with the Holte family until 1817 when it was sold. The Great Stairs and the long gallery are impressive features of this hall. It has a chequered history.

From 1819 and until his death in 1848, the house was rented by James Watt, son of the great engineer. After a period of standing empty, the house was sold again to a private company but problems ensued and the hall was acquired by the Birmingham Corporation in 1864. Today it is an impressive property and has been furnished in keeping with 17th and 18th century style. King Charles spent a night here on 18th October 1642 just before the battle of Edgehill. The room he stayed in is named after him. The Great Staircase was damaged by cannonball fire in the civil war.

Queen Victoria visited the hall in 1858 to officially open it on behalf of the Aston Hall and Park Company who had agreed to purchase it. In 1863, a fete was held in the park in which a woman tight-rope walker was killed. The Queen was not amused and wrote to the then current mayor expressing her indignation.

Aston Hall is now the property of Birmingham Museum and Art Gallery. Birmingham was one of the first local authorities in the UK to acquire a major historic building, assisted in part with by the embarassment of Queen Victoria's comments.