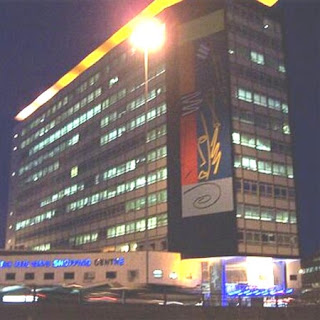 Auchinleck House is a landmark building situated just off the Five Ways roundabout. The facade has changed a few times in recent years, mainly the artistic display on the front of the building. However, it is scheduled for a major refurbishment in 2009.


The Five Ways shopping centre is really a development of the 1960's. A variety of high rise schemes and buildings from this era can be seen in close proximity to the shopping centre. Calthorpe Estates developed much of this area.


Auchinleck House dominates the shopping area and the square within. The square itself has a large statue of Field Marshall Claude Auchinleck after whom the shopping centre was named. It is the only known statue of Auchinleck which was unveiled in 1965.


In recent times the Five Ways Shopping Centre has fallen out of favour with shoppers. It is run down and not very busy. Hopefully the refurbishment planned for Auchinleck House will extend to the rejeneration of the shopping centre.