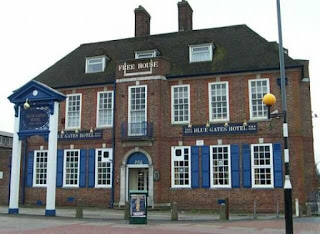 The Blue Gates Public House is a landmark building in Smethwick that sits on the old turnpike road that ran through the locality.

The Blue Gates Hotel or Public House was opened in 1932 and records show that it takes its name from two earlier inns that were present on the same site.