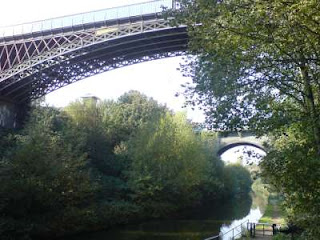 Galton Bridge was built by Thomas Telford in 1829. It is now only a pedestrian bridge but it was once one of the main road transport routes in and out of Smethwick across the canal. 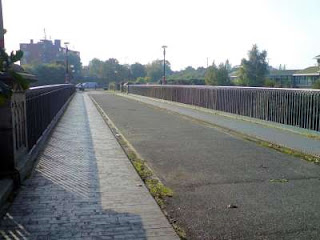 The bridge crosses the Birmingham Canal Navigation and has a span of 151 feet ( 46 metres ) and it was once the world's longest single span bridge. This is a grade I listed building of significant historical interest.
The Bridge takes its name from Samuel Galton, a well known Quaker and arms manufacturer who was also a member of the Lunar Society 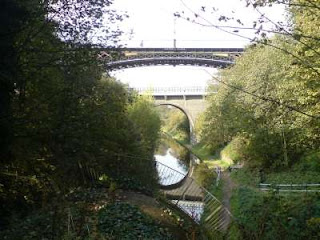 It is only by walking under the bridge and along the canal that the visitor gets to see the detail in this magnificent piece of engineering. The nearby railway bridge which is still in use to today ( shown in the last two images ) is nowhere near as impressive.
The old tow path is now a cycle route ( NCR 5 ) and nearby is the Galton Tunnel. With the bridge behind them, visitors can take a walk through the tunnel and along the towpath until they reach the Galton Valley Canal Heritage Centre, not far from Smethwick Rolfe Street Station. 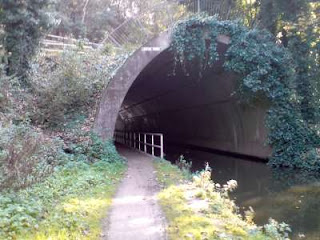 It is such a shame that this bridge is unknown to many people from the West Midlands. A few local folk and some business commuters on foot will be aware of the route and its access to the industrial units on the opposite side of Oldbury Road but many will never have seen what must be the most impressive bridges for miles around. 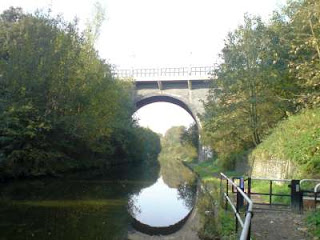 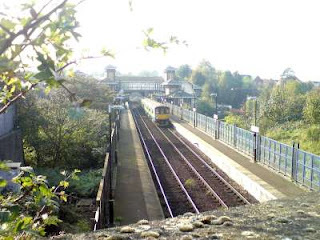 The bridge was cast by Horseley Ironworks which was a major ironworks in Tipton. The company was founded by Aaron Manby around 1815 and in addition to building numerous bridges it constructed the first iron steamer in 1821 which was named after its creator.