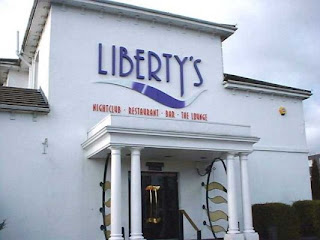 Liberty's has been a long established nightclub and restaurant on the Hagley Road for a number of years. It was owned by TGI Fridays which is situated right next door.

This was a place to socialise as well as party. It was the place to be seen and it was generally frequented by the older crowd. A strictly over 21s policy was operated by the club.

Once the entertainment venue of the 'well to do', it is now destined to become an Indian restaurant. Numbers had generally declined over the last few years of its life and it closed in 2007 for the last time.
In 2009 the leasehold interest was sold to Akbar's a company with several Indian restaurants in the north. Liberty's is about to become their ninth restaurant.

Opening in October 2009, Akbar's will be able to hold private functions for up to 200 people and the restaurant is expected to have a capacity of  300 covers.