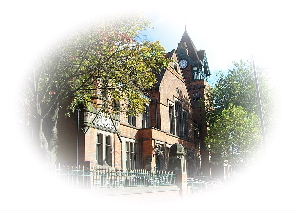 Handsworth has been occupied since Anglo Saxon times. It's original name would probably have been 'Hondesworde' or 'Hunesworth' after a local chieften. The parish of Handsworth used to be part of Staffordshire. In 1911 it became part of Birmingham.
The founder of the American Methodist Church, Bishop Francis Ashbury, lived in Handsworth until 1771 when he left for the New World and founded his Envangelistic churches in the USA.
Handsworth Old Town Hall in Slack Lane is one of the best early examples of the rare 'crucks' method of timber frame construction to be found in the UK. It was erected around 1460. Matthew Boulton lived in Handsworth and his famous Soho Manufactory was based here.
Handsworth is well known for its riots and history of violence in the mid 1980's. The riots were caused by heavy handed policing and drug related problems in this inner city suburb. It is arguable that they really arose from poor social conditions, racial discrimination, poverty, unemployment, and dilapidated housing. Since then much has been done to improve the local amenities and housing conditions. Handsworth is now reputed to be one of the safest areas in Birmingham.
Handsworth is just 2 miles from the centre of Birmingham. Handsworth still has many high rise blocks that date from the 1960's but many of these are now disapearing in favour of more habitable and secure housing. There are still many pre-1919 properties that are a mixture of home owners and privately rented accommodation. Over half the residents of Handsworth comprise Black, Asian and other ethnic minorities.
Posted by Editor at Saturday, June 02, 2012