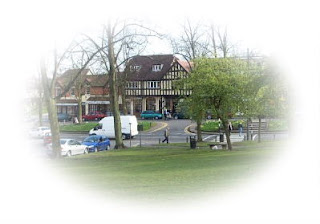 The Green at Kings Norton has been the centre of activity in this medieval manor since the 15th century. Kings Norton used to be the property of the King along with Kings Heath as its name indicates. Visitors will be suprised to find this almost village like existance so close to the centre of Birmingham. Take a stroll down to Kings Norton Junction where you can see the split bridges and cottages of the canal system which joins the Stratford-upon-Avon Canal.

The Village Green at Kings Norton has some interesting buildings nearby. St Nicholas Church is a wonderful piece of architecture that enhances the village green and which dates back to the fifteenth century. The Saracen's Head could tell a story or two and is also a dated building from the 15th century.

One of the oldest buildings is the old grammar school with its timbered section which actually remained open until the late 1800's. It is now used as a local community centre for historical interest groups and talks. Located in the grounds of the churchyard, the plaque on the wall is in memory of the local headmaster and reads: 'Thomas Hall B.D. Schoolmaster, Preacher, Bibliophile taught here from 1629 to 1662'.

If you fancy a spot of village life without leaving the city of Birmingham then take a trip to Kings Norton and have a wander around the local shops and the park and canal. It's a world apart from the city centre only a few miles away.