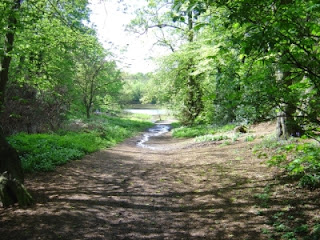 The Leasowes is to be found situated in Halesowen on the southern edge of Birmingham. This 57 hectare park is a beautiful spot that used to be one of the most visited parks in the UK. It has a hidden past that makes it one of the most influential landscapes of the 18th century. It is listed on the English Heritage Register as a Grade 1 Park and Garden of special historic interest in England.

We have to go back to 1743 to understand the significance of this park. A poet by the name of William Shenstone created a garden from his farmland and changed the landscape to create a wooded valley with open grassland, streams and a lake. Shenstone was a poet and admitted to the fact that he made a poor farmer. However, using a very limited budget he transformed this landscape into a landscaped garden which he called ' ferme ornee', meaning ornamental farm.

The Leasowes thus became one of the first natural landscape gardens in England. Shenstone did not attempt to follow the formal designs of the Italian and French style gardens and enjoyed the rewards of his efforts in his own lifetime with large numbers of visitors appreciating the park and his particular style.

The park today has seen some restoration and care but over the years the garden has declined to an extent that it is now mainly overgrown and woodland. Currently, attempts are being made to return the landscape and gardens to its former glory.