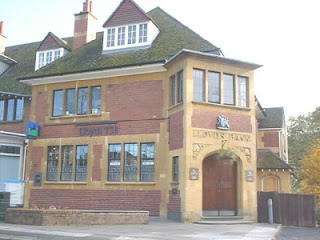 In 1810, the Reverend Henry Duncan of Ruthwell, Dumfriesshire, set up a bank to help his poorest parishioners save for times of hardship. It was such a popular scheme that by 1818 there were 465 savings banks in Britain (including 182 in Scotland). The Trustee Savings Bank Association (TSBA) was established in 1887 to help the individual banks co-operate and to advise on matters of common concern.

The Central Trustee Savings Bank was set up in 1973 to provide the savings banks with a banking and clearing service. In 1975 it became a member of the London Bankers Clearing House. That same year, a reorganisation put 73 local institutions in place, and a later review reduced this again, to 16 regional savings banks.

There was considerable growth during the 1970s and 1980s as the range of services expanded and the number of depositors increased. To keep pace, another reorganisation was necessary and, in 1983, the remaining 16 savings banks gave up their individual identities to form TSB England and Wales, TSB Scotland, TSB Northern Ireland and TSB Channel Islands.

The 1985 TSB Act opened the way for the Group to restructure in preparation for its stock market flotation in 1986. The following year saw a network of estate agencies set up, the acquisition of Hill Samuel Bank and Target Life, and the launch of Speedlink, Britain’s first telephone banking system.
TSB England and Wales became TSB Bank plc in 1989 and the newly named TSB Bank Scotland plc and TSB Bank Northern Ireland plc became its subsidiaries that year. In 1991 Allied Irish Bank bought TSB Bank Northern Ireland and in 1992 TSB Bank Channel Islands became a subsidiary of TSB Bank

In 1995, the merger between TSB and Lloyds Bank formed Lloyds TSB Group plc, one of the largest forces in domestic banking.

In June 1999, TSB and Lloyds Bank branches in England and Wales were re-branded Lloyds TSB. Branches in Scotland came under the new brand of Lloyds TSB Scotland, which now has 185 branches stretching from the Northern Isles to the Mull of Galloway.

Scottish Widows joined the Group on 3 March 2000. This combination created one of the UK’s largest providers of life, pensions and unit trust products.