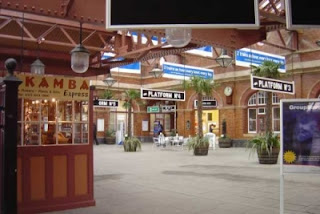 Moor Street Station remained closed for a number of years, falling into dereliction and decay. However, at a cost of £11 million this Grade II listed building has been restored to its 1930's look and feel and is once again at the hub of the city rail network.

Originally built by the Great Western Railway it was first opened in 1909 to take pressure off the busy Snow Hill Station. The tunnel link between Snow Hill Station and Moor Street closed in 1968 which led to the rapid decline of Moor Street which became overgrown and disused with final closure in 1987. 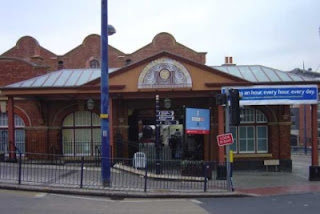 Finally in 2002 Moor Street Station was renovated at a cost of £11 million and tastefully transformed into its current 1930's style station with reproduction lamps, shop fronts, clock and signage. The booking office and ticket office and the seating and fixtures and fittings all blend in with the overall theme and include shops and a cafe.

As Moor Street Station experiences increased volumes of trains and commuters, it's future seems secure for the medium to long term.