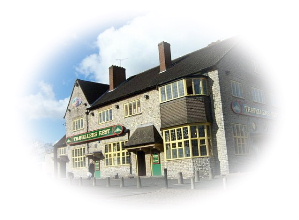 Northfield was originally an an Anglo Saxon settlement in what was known as North Worcestershire. The Domesday Book describes Northfield as having a priest, seven villains, sixteen borders, six cottars, two serfs and a bondswoman. It was orginally called Nordfeld and did have its own church. Northfield was a farming village and Birmingham was expanding outwards. The turnpike road which is now the Bristol Road, started bringing increasing traffic to Northfield which helped sustain the few mills, farms and nail making industry of this lightly populated area.

The Birmingham to Gloucester railway line opened in 1870 and was to change forever the rural aspect of Northfield. Industry and people followed. The Cadbury brothers arrived en-masse at nearby Bournville providing new jobs and opportunities. Austin set up his factory in Northfield and car production began. Kalamazoo has been here since 1908.

Northfield today is a busy suburb of Birmingham. The Bristol road serves as a busy route in and out of the city. It actually passes right through the high street of Northfield. There is a shopping centre and a wide variety of well known high street names have shops in Northfield.
Posted by Editor at Saturday, June 02, 2012