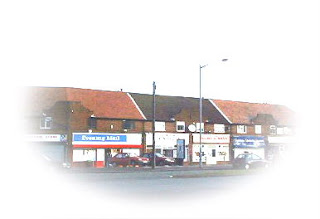 Quinton is situated just off Junction 3 on the M5 and is only five miles West of Central Birmingham and is just some 2 miles East of Halesowen. Until 1842 this rural community used to be a parish of Halesowen. That all changed and it became a parish in this year. Quinton from the old English word of Cweningtun (farm of Cwena) translates to the place of woman or the Queens manor. Kings and Queens of England were obviously two a penny in those days.

Ridgeacre which Quinton often used to be called, means ploughed land on a ridge. Quinton was an agricultural village and part of Worcestershire. At the turn of the century the population was circa 5000. Quinton then voted to become part of Birmingham in 1909. You can imagine the attractions of being aligned to an up and coming new city as apposed to being a rural community out in the sticks. In those days farming was tough and people would still have remembered the hardships in farming from the 1860's. The attraction of work in the city and accompanying increase in salary would have been appealing.

Expansion followed and the population increased along with the abundance of new housing that rapidly took away the green fields and rural status of Quinton village. Thankfully some considerate soul left the big green bit in the middle which is now the Woodgate Valley Park.