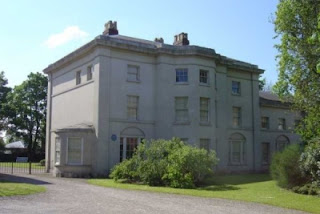 Soho House is an important and historic building. Home of Matthew Boulton one of the great pioneers of the Industrial Revolution. Tastefully and elegantly decorated, it reflects the owners individual character and creativity.


The house is unique in that it was probably the first centrally heated English house since Roman times. Members of the Lunar Society Lunar Society gathered here and held their meetings in this very house. The house, once standing in its own impressive gardens has been restored to its former glory. Anyone remotely interested in the history of the Industrial Revolution will find this a real treat and a joy to walk round. There are displays which depict the products of the Soho Manufactory and the Soho Mint. The visitor centre next door houses a community exhibition gallery.

Matthew Boulton was born in Birmingham in 1728. After the death of his father, Boulton purchased a parcel of land in Soho and opened his first factory for coin-making. Boulton entered into partnership with James Watt. For the next eleven years Boulton's factory produced and sold the famous Watt's steam-engines. These powerful steam engines were used to pump water for the colleries.

It wasnt long before James Watt refined the original design and produced a rotary steam engine. Far more flexible than the older designs the new model could be used in textile production and other manufacturing processes. The machines were popular and efficient and some 500 of Boulton & Watt's machines were installed in Britain's mines and factories. Boulton applied steam power to coining machines in 1786 and was soon producing coinage for the UK and foreign markets.

The Lunar Society was a regular meeting of Englands finest scientists, engineers and thinkers. Matthew Boulton 1728 - 1809.