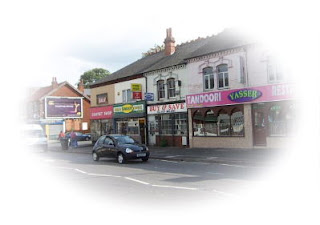 Stirchley is located on the Pershore Road along a main route in and out of Birmingham city. The area is served by good local amenities and a High Street with smaller retail shops. There is also a Co op superstore that has recently been built here. It is very close to Cotteridge and Bournville with it's Cadbury World.

Stirchley gives the appearance of being pretty run down but it is an established area of Birmingham city. The housing tends to be mostly Victorian from around the turn of the 1900's. Traffic congestion can get quite bad here as the streets are heavily fortified with pedestrian crossings, roundabouts and heavy vehicles which park in the most annoying places as they go about their deliveries.

We struggled to find any websites specifically about Stirchley or the history of Stirchley so if you are aware of any then please let us know.
Posted by Editor at Sunday, June 03, 2012