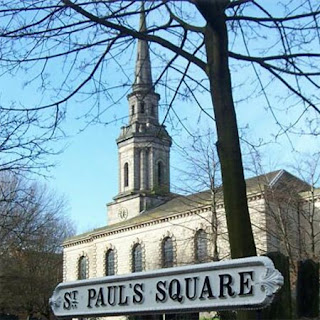 St Paul's Square in the Jewellery Quarter is dominated by the church which was consecrated in 1779. The spire was added in 1823 by Francis Goodwin but the main body of the church was designed by Roger Eykyn and built on land provided by Charles Colmore. 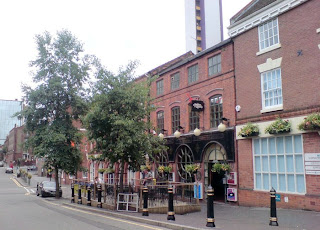 Matthew Boulton and James Watt would have worshipped here. This is a grade I listed building and has some magnificent stained glass windows designed by Benjamin West. 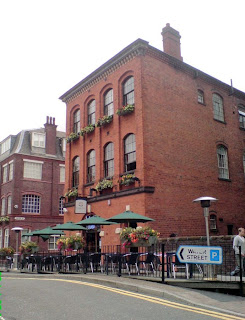 Around the church the Georgian Square would have provided housing for the rich and famous although towards the end of the 19th century it was being encroached by overspill from the Jewellery Quarter and consequently workshops and factories began to occupy much of the Square and surrounding roads. 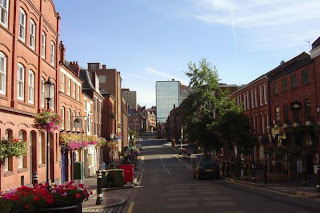 Investment and restoration in the 1970's did much to improve the situation with a number of buildings being Grade II listed. This pleasant square is popular once again and home to some of Birmingham's most popular restaurants. 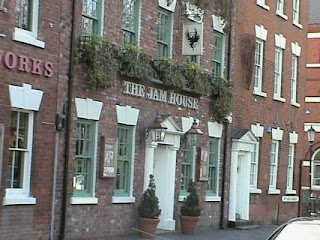 The Square is home to The Jam House, The Rectory Bar and nearby San Paolo and Pasta Di Piazza restaurants. There are a number of other restaurants and cafeterias nearby.

Visitors can sit and relax in the pleasant atmosphere of the square and its adjoining streets.
Posted by Editor at Sunday, June 03, 2012