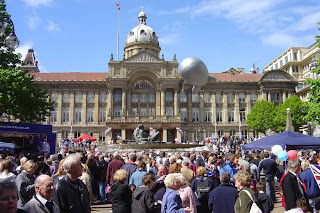 Birmingham was very important to the war effort in World War II. The city produced arms and ammunitions, vehicles and military supplies. Everything from shells to aircraft was produced in and around Birmingham and for the VE Day Celebrations in 2005 Brummies were able to get together and remember what happened 60 years ago. 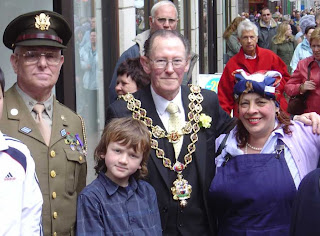 Birmingham was the most heavily bombed city outside of London. The Lutwaffe dropped thousands of bombs on the city in an effort to halt the production of heavy machinery and military supplies but the factories of the West Midlands kept the allied forces supplied throughout the war. The VE Day Celebrations brought together veterans and visitors from overseas as well as locals too young to remember the war.

Click here to see the photos of this spectacular event.