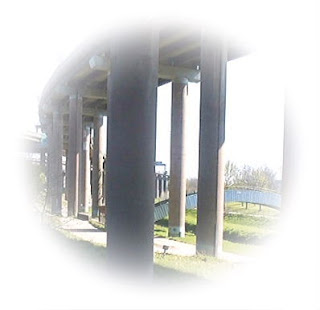 Erdington is situated on the north side of Birmingham City. Once a rural village, Erdington has grown from a population of 9000 in 1891 to its present day high density population and urban environment.
Erdington has it's own Abbey built in 1850 (A church really) but an outstanding example of Gothic Revival architecture. Travelling from the centre of Birmingham towards Erdington you can't miss one of Birmingham's major landmarks - Spaghetti Junction. You travel round it on your way.

Erdington has been around since before Anglo Saxon times and is a well established area of the city. Much of the housing is from the Edwardian and Victorian era. Prior to the rapid expansion of Birmingham this would have been a village and the Domesday Book shows Erdington as belonging to Edwin the Earl of Mercia.

Erdington takes its name from the De Erdington family whose tomb is at Aston Parish Church. Erdington used to have a manor which dated back to the 1600's and which was demolished in 1912 with the making of the Tyburn Road.
We had quite a problem getting any information on Erdington and there is a distinct lack of web sites about the area.
Email from James: About the Abbey. It was a Benedictine Monastery, then a Redemptorist Seminary, and is now Highclare School. The church has always been SS. Thomas & Edmund of Canterbury. Yes, popularly, both buildings were known as 'The Abbey', so that now the abbey is a school, it appears that people are calling the church an abbey! (I still say I'm going to the Abbey, when I mean I'm going to the church.) Though people will quite often say The Abbey Church to make the distinction. So you can see Erdington still has it's own abbey; it's just used as a school. But it *is* the church which is the outstanding example of Gothic Revival architecture.
Email from Peter: General Comments. This is more of an observation really. I just wanted to draw your attention to a couple of mistakes on the page about Erdington, where I live. Firstly, you state that Erdington has been around since before Anglo Saxon times. This is incorrect. There may well have been pre-English folk living in the same area but they would not have lived in a village called Erdington as this is a purely Anglo Saxon name. It owes nothing to the Welsh who would have lived there beforehand.
Secondly, and following on from this, your assertion that Erdington takes its name from the De Erdington family is quite incorrect; it would have been the other way round. "De" is a French word meaning "of" or "from" and the name "De Erdington" would therefore have denoted someone from a place already named Erdington. Erdington owes its existence to the English (aka Anglo Saxon) settlers who most likely settled here in the late sixth century and who would have been the ancestors of most of the population of the village until it was swallowed by Birmingham. It would be nice to have some reference to this on our page.
Thanks Peter
Posted by Editor at Sunday, May 27, 2012