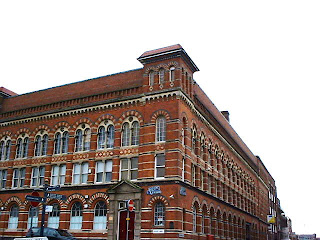 Birmingham used to be at the centre of the world pen trade. Many of the larger pen companies had their factories in the Jewellery Quarter.

There is now a dedicated Pen Museum at the Argent Centre in Frederick Street. Actually, it is really called the Pen Room and is the home of the Birmingham Pen Trade Heritage Association. It aims not only to show how the pen trade was so important to Birmingham but also to educate on wider issues associated with writing and the pen trade.

About 100 companies were once involved in the pen trade and employed thousands of people. These pens were exported all round the world. The Birmingham Pen Trade Heritage Association keeps this history alive.